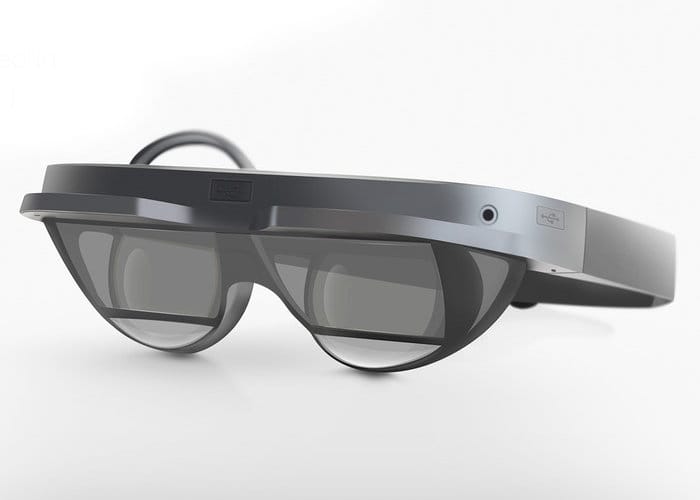 ANTVR has created a new pair of augmented reality glasses which are capable of offering a 96 degree field of view but just $500. Technology incorporated into the AR headset allows users to use the SteamVR platform so users can play games originally intended for VR headsets, as long as the game has a dark or entirely black background.

Specifications for the headset include two 1,200 × 1,200 displays with a 90Hz refresh rate for each eye and connectivity via two USB ports for peripherals such as inside-out tracking modules, hand-tracking modules, and even optional eye tracking. The new AR headset has this week launched via Kickstarter to raise the $50,000 required to take the project into production. Thanks to early bird backers the campaign was fully funded in just eight hours and has now passed $70,000 in pledges with still 29 days remaining on its campaign. Watch the demonstration video below to learn more about the MIX AR glasses.

“Every AR device has an effective FoV, only within which virtual objects can be displayed. For an AR device with a poor FoV, the view is so limited that only a partial, rather than complete, image can be viewed. It feels like looking out through a distant narrow window. As a result, the existence of this obvious “window frame” keeps reminding us of the unreal nature of the image. But for an AR device with a FoV close to the user’s eye, like MIX, the boundary to the virtual world can hardly be noticed—the seamless fusion of virtual objects and the real world defines an immersive AR experience.“

For more information and full specifications and a full list of all available pledges for the augmented reality glasses, jump over to the official Kickstarter crowdfunding campaign page by following the link below.