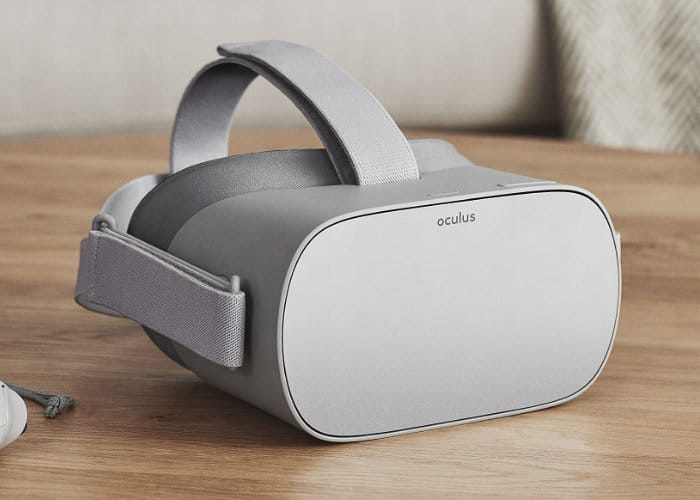 Oculus has this week announced their new Oculus Go VR headset is now available to preorder from the Amazon online store, ahead of its launch date later this year. Which is currently listed on the Amazon product page as December 31st, 2018 although this is likely a placeholder.

The new stand-alone Oculus Go virtual reality headset was first unveiled two years ago and codenamed Project Santa Cruz. The new Oculus Go has been specifically designed to provide users with a true stand-alone virtual reality experience and requires no computer, smartphone or cabling to enjoy VR applications, games and experiences. The VR headset has been designed to be lightweight and is constructed from breathable fabrics which are combined with an injection foam moulded casing.

Other features of the Oculus Go stand-alone VR headset include a Wide Quad, Fast-Switch LCD display that provides “improved clarity and reduces the screen door effect” when compared to the original Oculus. Oculus has also included “integrated spatial audio” technology with speakers built into the headset providing a more immersive VR experience. Access to the Oculus Store is also enabled providing the same content that is currently available to Gear VR users, offering over 1,000 apps, games, and experiences to choose from.

For more information and to preorder your very own Oculus Go stand-alone VR headset jump over to the Amazon website by following the link below. As soon as oculus amounts a confirmed launch date will keep you up-to-speed as always.