Mistsubishi has shown  of a gigantic OLED TV at Ceatec 2009, which measure a massive 155 inches, the TV is made up of small sized OLED parts which measure about 10cm by 10cm.

The screen is said to be three times brighter than LCD TVs, it looks massive from the photo compared to the models standing next to it. 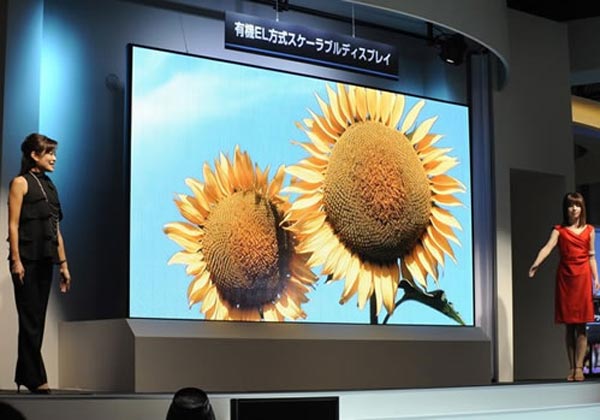 Another advantage of using small sized OLED parts to make the TV is that there is no limit to how big the display can be made, and the size of the displays is only limited by the resolution of images and video that will be shown on it.

Have a look at our handy guide which explains the difference between lcd and led TVs, and also our new OLED TV Explained article.