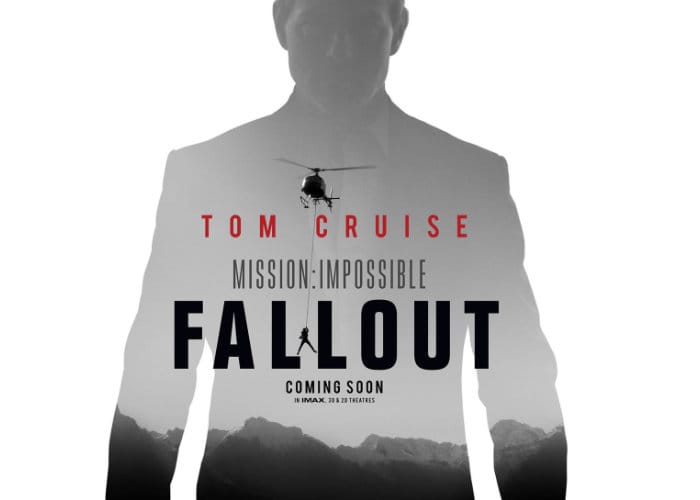 If you are interested in learning more about the stunts in the upcoming new Mission Impossible film Fallout, you’ll be pleased to know that Paramount Pictures has this week released a new teaser trailer for the 2018 movie providing a glimpse at what you can expect, as well as behind-the-scenes footage.

Mission Impossible Fallout will be premiering in theatre screens worldwide next month from July 27th, 2018 onwards. “Some missions are not a choice. Watch the official featurette from Mission: Impossible – Fallout starring Tom Cruise where he completes a High Altitude Low Open skydive jump from over 25k feet.”

As well as Tom Cruise Mission Impossible Fallout stars , Rebecca Ferguson, Simon Pegg, Ving Rhames, Michelle Monaghan, Alec Baldwin, Sean Harris, Henry Cavill, Wes Bentley, Vanessa Kirby, Sian Brooke, and Angela Bassett. “When an IMF mission ends badly, the world is faced with dire consequences. As Ethan Hunt takes it upon himself to fulfill his original briefing, the CIA begins to question his loyalty and his motives. Hunt finds himself in a race against time, hunted by assassins and former allies while trying to prevent a global catastrophe.”

The film is scheduled to be released on July 27, 2018, and will be the first in the series to be released in RealD 3D and IMAX 3D; it will also have a 2D IMAX release.