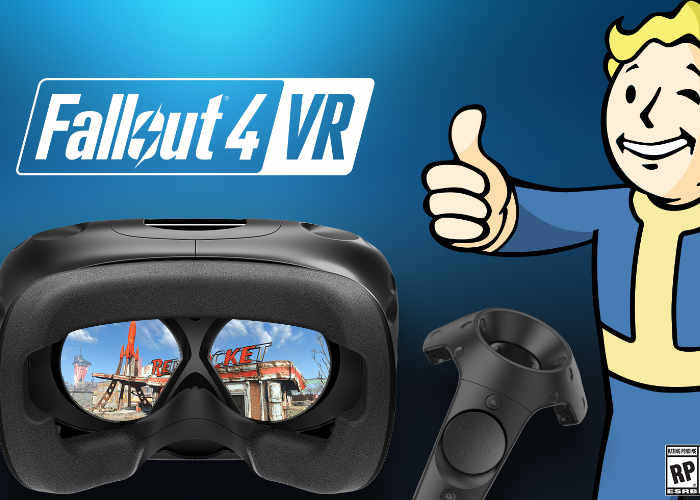 HTC Vive owners looking to dive into the new virtual reality version of Fallout 4 VR might be interested in a new video created by games developer Bethesda this week. Providing a quick overview of the movement and in game controls to help you make the virtual reality gameplay tailored to your exact requirements and preferences. If you are interested in learning more about the Fallout 4 VR gameplay check out our earlier article which includes a video offering nearly 5 hours of footage from the HTC Vive.

Join Fallout 4 VR’s Lead Producer, Andrew Scharf and Community Manager, Jessica Finster for your first steps through the Commonwealth in virtual reality. With the power of VR, you’ll be able to get up-close-and-personal with the dangers of a post-apocalyptic world as you fight for survival. Featuring new combat, crafting and building systems fully reimagined for VR – including VR-enhanced V.A.T.S. and a variety of gameplay options including direct movement– Fallout 4 VR isn’t just a jaunt through the Wasteland, it’s the entire game. The whole world is fully explorable. That includes hundreds of locations, characters and quests.

This is your opportunity to step into the Wasteland and experience Fallout 4 in a whole new way.It could be support 4K pixel when take the video. After you change into the double SENSOR module, it will have a 8X optical zoom function. The picture do not have distortion when shot taken at close range. After you change into the panoramic lens module, it could be reach 720°shooting, angle with out any blind angle.