This new mini keyboard from Guru-board named the Miniguru is looking to change the way we traditional use our keyboards by keeping our fingers on the home row. While using a traditional keyboard our hand have to leave the keys to use the cursor buttons.

The Miniguru places the editing keys in direct reach on a second layer which is activated by using your thumb. You use only one thumb normally during touch typing, freeing the second one for extra keys. 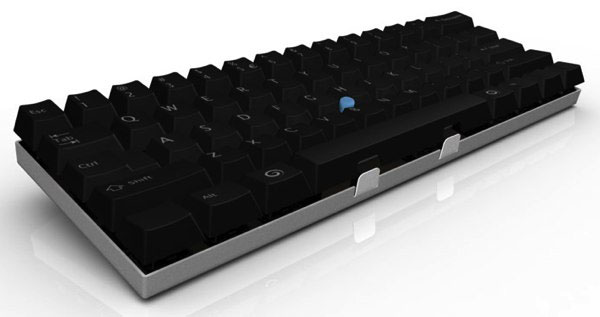 The Miniguru keyboard has a modifier key allows you to turn the JKIL keys in cursor keys with removing your hands from the keyboard.

Reaching for your mouse is another reason for leaving the home row but the Miniguru has added a pointing stick in the centre of the keyboard.