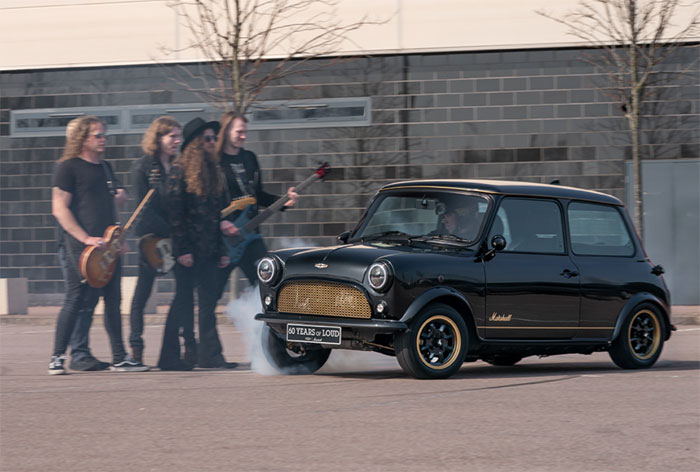 One of the most iconic British cars ever made is the original Mini. The tiny little cars were known for their small stature and handling performance. David Brown Automotive has a new limited-edition old-school Mini called the Mini Remastered Marshall Edition, inspired by the styling of iconic Marshall audio products.

The vehicle is based on the David Brown Automotive Ultimate Road spec and utilizes an A-series engine displacing 1330cc. The little engine produces 83 horsepower and 98 pound-foot of torque with single-point fuel injection. No Mini has ever been accused of being blazing fast, with a maximum speed of 90 mph and a 0-62 mph time of 8.9 seconds.

The vehicle is finished in black and gold with a matching interior and has a mesh grille that looks like the grill covering the front of the iconic Marshall amplifiers. The interior is black and gold with lots of leather and anodized aluminum components in gold. The car also features an eight-speaker Marshall sound system to keep the tunes going on the road and an amplifier in the trunk.