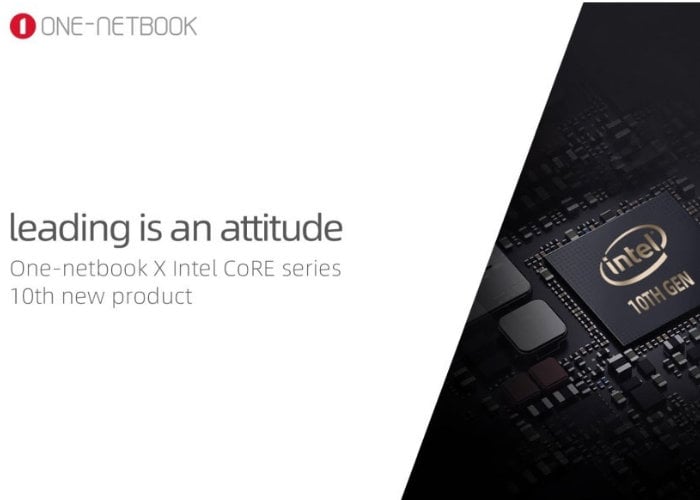 One Netbook has confirmed that it is currently developing a new mini laptop equipped with Intel’s 10th Generation Core processors, which could be ready before the end of the year or at worst in the early months of 2020. The new mini laptop will take the form of the One Mix X but unfortunately very few details and specifications have been released as yet, although beta testing of the mini laptop is expected to commence in around three months time.

One Netbook hasn’t confirmed which 10th Generation Intel processor the laptops will be equipped with, but there are a wide variety for the company to choose from. Including Intel’s recently released 9-12 watt Intel Ice Lake-Y chips, which include dual-core chips with Intel UHD graphics and quad-core versions with Intel Iris Plus graphics.

Although it may not even be an Intel Ice Lake CPU as the Intel 10th Generation line-up is expected to include a range of yet unannounced chips code-named “Comet Lake” which take the form of 14nm processors rather than the Ice Lake 10nm technology. As soon as more details are revealed about the new One Mix X mini laptop regarding specifications, pricing and availability we will keep you in the loop as always.