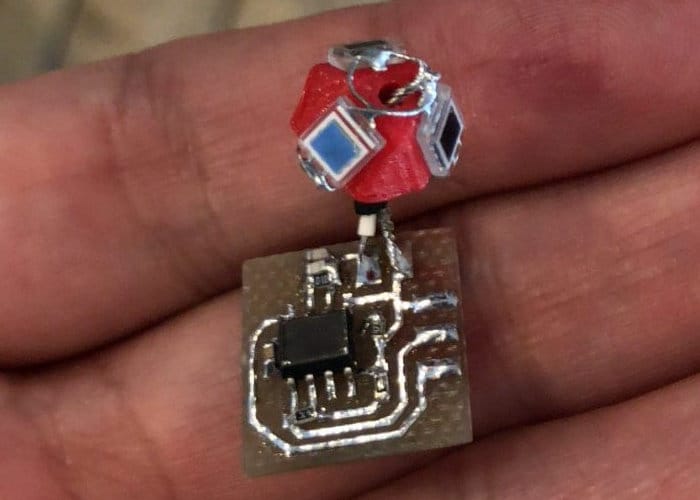 Even though the SteamVR tracker is not connected to a battery which would honestly make its form factor a little larger. SteamVR can support up to 32 sensors for a single object and with the sensors being so small opens up a huge range of new applications for virtual reality users to imagine and hopefully use in the near future.

If you’re interested in building your very own SteamVR tracker the Road To VR website reminds us that Virtual Builds is offering a full SteamVR tracker kit to developers and enthusiasts, providing everything you need to create your own SteamVR 1.0 tracker. “The higher the sensors on a single object, the greater 360 coverage you’ll have. HTC’s own Vive Tracker contains 23 sensors for 360 degree coverage, all of which are in unique positions to better track the object in VR. The mini-tracker’s three sensors are likely a bare minimum for basic tracking, and we wouldn’t expect something that small to be nearly as robust as the consumer Vive Tracker mentioned above.”

To learn more about SteamVR and tracking objects in virtual reality jump over to the official Valve SteamVR website by following the link below.