The classic Macintosh computer system which originally launched back in 1984 is a computer icon and came supplied with an integrated 9 inch monitor and floppy disk drive.

Now John Leake co-host of the RetroMacCast podcast has re-created a mini 128k Macintosh computer system using a Raspberry PI mini PC. Watch the video after the jump to learn more about the Mac Raspberry Pi project and see it in action. 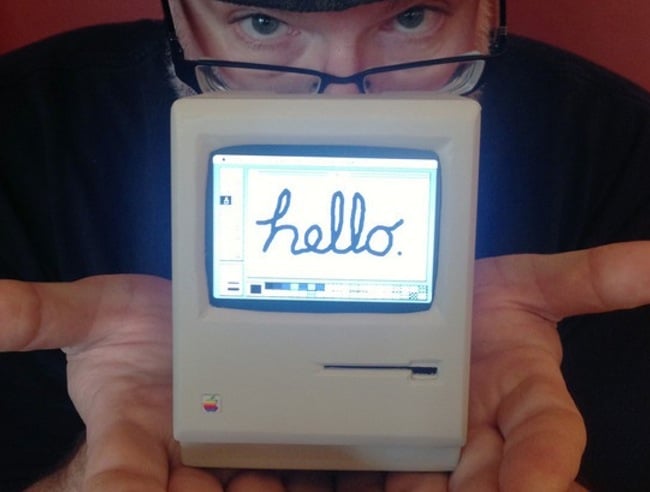 The build took around 12 hours to complete and used 3-millimeter-thick PVC from the sign shop to create the mini case for his system. The mini Mac computer features a mini screen offering a resolution of 512 x 384 pixels but also has a HDMI out port for connecting to a larger higher resolution screen if required.

The Mac Raspberry Pi system also features a USB and Ethernet ports and boots off an SD card running Mini vMac software that is an open-source Macintosh OS emulator that allows the Mac software to run on a variety of operating systems, including Linux, the preferred OS of Raspberry Pi.

The original Macintosh was launched by the now famous $900,000 television commercial created by Ridley Scott, named “1984”, that most notably aired on CBS during the third quarter of Super Bowl XVIII on January 22, 1984.

For more information on the new Mini 128K Mac Raspberry Pi jump over to the RetroMacCast website for details.