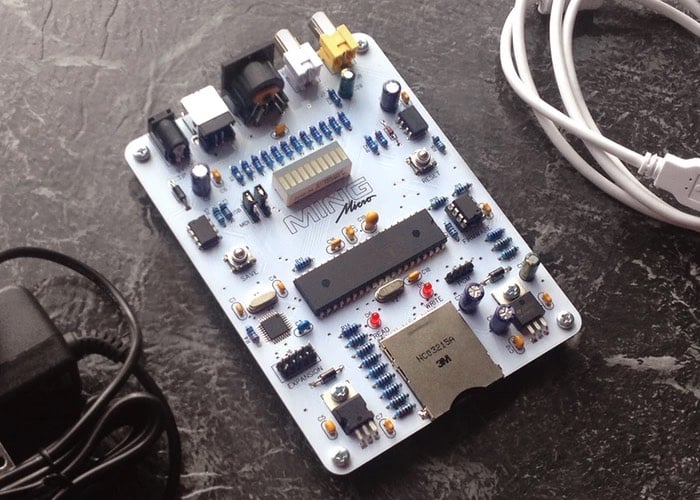 Developers, musicians and makers that are in search of a portable 8-bit video synthesiser might be interested in a new piece of hardware created by Special Stage Systems called the Ming Micro.

Check out the video below tolerant more about the new Ming Micro video synthesiser that has taken to Kickstarter to raise the required $10,000 it needs to go into production. Its developers explain more :

Ming Micro is a USB-equipped portable video synthesizer that generates retro computer graphics in realtime. Drawing inspiration from the 8-bit era of personal computers and videogame consoles, it puts a fully featured chip-graphics engine at your fingertips. Every engine parameter is controllable via standard MIDI CC and Pitch Bend messages, from large-scale object properties all they way down to individual pixel placements. Four main elements make up Ming Micro’s graphics engine:

Each element contains parameters for shaping its presentation in the final scene. For instance, each Sprite contains an X and Y location, as well as a bitmap index to control its graphical content and animation. All four systems and their corresponding parameters combine to create the final video stream.

For more information on the new Ming Micro portable 8-bit video synthesiser jump over to the Kickstarter website for details and to make a pledge from $175 for the kit or $200 for a fully assembled version.