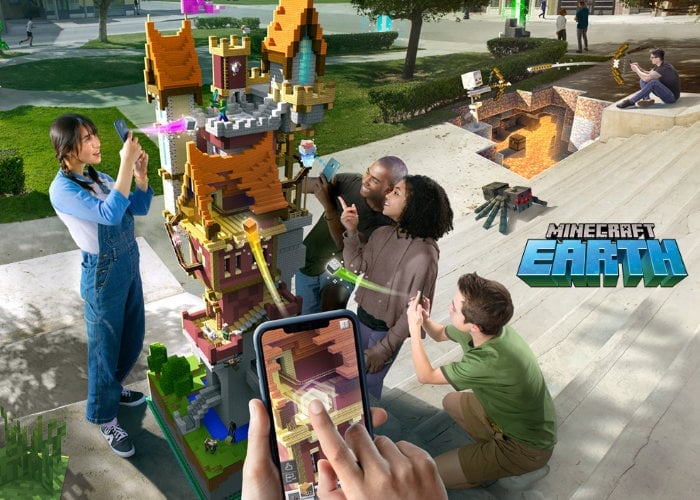 Minecraft fans in the US patiently waiting for the arrival of the new Minecraft Earth augmented reality version of the hugely popular game, will be pleased to know that it is now available via early access throughout the United States. The new augmented reality version of the sandbox game allows players to enjoy mine craft in real life settings bringing the characters of Minecraft to life.

Minecraft Earth is centered around building structures, gathering resources, crafting and exploration. Players could build augmented reality structures in collaboration with other players, gather resources through tapping on “tappables” in the in-game map, and access “Adventures” which may be a puzzle or a specific task, or a virtual location with hostile entities to defeat.”

“The world of Minecraft enters our universe in a whole new way thanks to the power of augmented reality. Create, Explore, and Survive like never before! Minecraft Earth Early Access is starting to roll out across the globe! Minecraft Earth is an all-new augmented reality game for your mobile device, that lets you bring Minecraft into the real world. Go on exciting adventures, build something incredible together with friends, and then step into your life-sized creations! Minecraft Earth will be available on iOS 10+ and Android 8+ devices.”

Hey 🇺🇸United States, we found your Minecraft Earth invite, it was behind the couch this whole time! Welcome to early access!