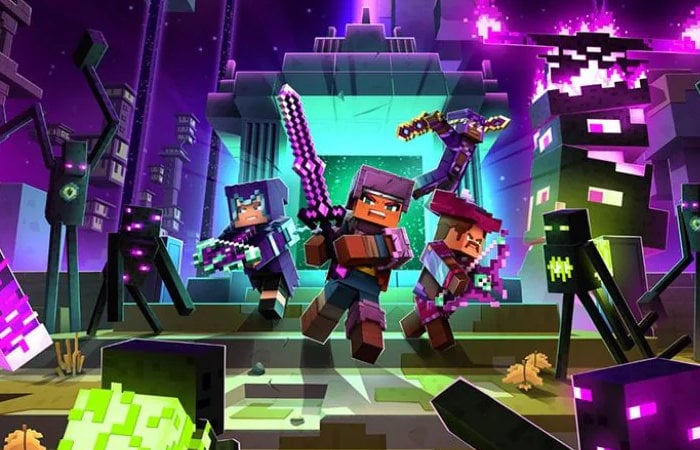 Microsoft has announced the arrival of the new Minecraft Dungeons Echoing Void downloadable content which is now available to play on PC and Xbox platforms. In conjunction with the new DLC Microsoft is also rolling out a new free update for all dungeon-diving heroes providing a mix of features, such as powerful enchantments, and the Gauntlet of Gales. A windy new mission that puts both your fighting and puzzle-solving abilities to the test explains the development team. But remember the new mission can only be accessed via the mission map, once the update has been installed.

Check out the launch trailer below to learn more about what you can expect from the latest content added to the Minecraft Dungeons game.

“If you’ve followed the story of the Arch-Illager and found the shards from the Orb of Dominance, now it’s finally time to end its seemingly infinite influence and reach the conclusion, with the availability of Echoing Void, Minecraft Dungeons: Ultimate Edition – Windows 10 latest downloadable content, on Windows PC and Xbox One.

“Plenty of challenges and treasures await you in Minecraft’s darkest dimension, as you face new enemies like the Enderlings, collect legendary gear and make your way through three challenging missions using everything from elytra gliding to shulker flying. Just watch out so you don’t dive right into the void itself.