You might remember the Minebea Cool Leaf Keyboard I wrote about back in March 2010 in which Minebea had developed a new next-generation input device dubbed the “Cool Leaf”, with a glass like smooth touch screen which could be used in keyboards, remote controllers and calculators. Well the conceptual devices have now made the jump into production and will shortly be available to purchase.

The Minebea Cool Leaf Keyboard has no keys and only has a touchscreen surface for input, so anyone who already has a tablet or similar touch screen smartphone will feel right at home with the Cool Leaf Keyboard. 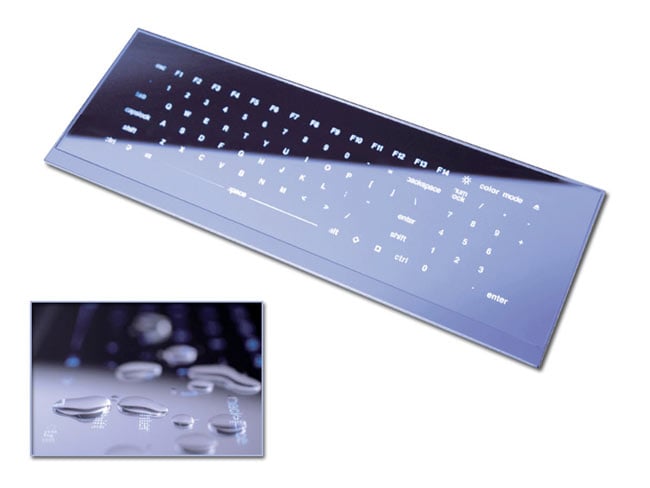 The current model being launched is only compatible with Windows computers and features a 108 Key Japanese Keyboard layout. This model will be available in two weeks time on May 13 2011 for around 26,000 Yen.

But Minebea is developing versions in for US English, German, French, and Italian languages that are expected to be available two months later in July 2011, together with a Mac compatible version.