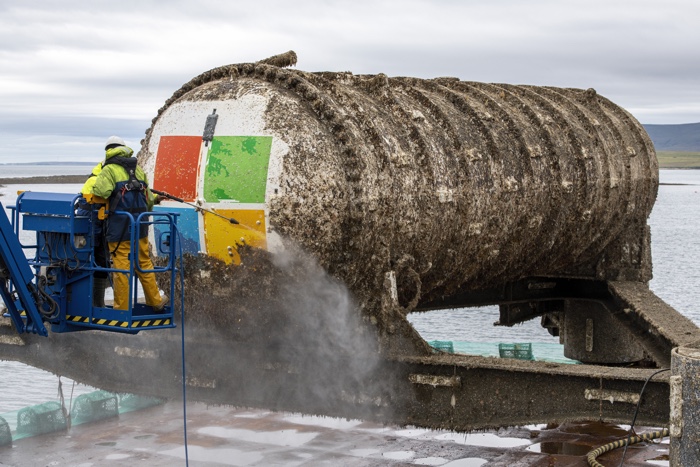 Microsoft sunk a data center to the bottom of the sea two years ago to see if it would be more reliable than land based data centers, it turns out that the test was a success.

The data center was placed in a larger container, all the oxygen was removed and it was sunk to the bottom of the see, 117 feet down, it was then monitored and tested for two years.

This underwater data center ended up having a failure rate around one eighth that of a normal data center, which is quite a difference, have a look at the video below.

The team hypothesizes that the atmosphere of nitrogen, which is less corrosive than oxygen, and the absence of people to bump and jostle components, are the primary reasons for the difference. If the analysis proves this correct, the team may be able to translate the findings to land datacenters.

“Our failure rate in the water is one-eighth of what we see on land,” Cutler said.

“I have an economic model that says if I lose so many servers per unit of time, I’m at least at parity with land,” he added. “We are considerably better than that.”

You can find out more details about Microsoft’s underwater data center over at their website at the link below.