Microsoft has unveiled their next generation Xbox console, the Microsoft Xbox One, which according to Microsoft is much more than a games console, it is designed to be an all in one entertainment system.

The Xbox One is designed to be your home entertainment hub, you will be able to watch live TV through the Xbox One from you cable or satellite set-top box, it also comes with Skype built in and Microsoft has unveiled a new Xbox Kinect to go with the Xbox One. 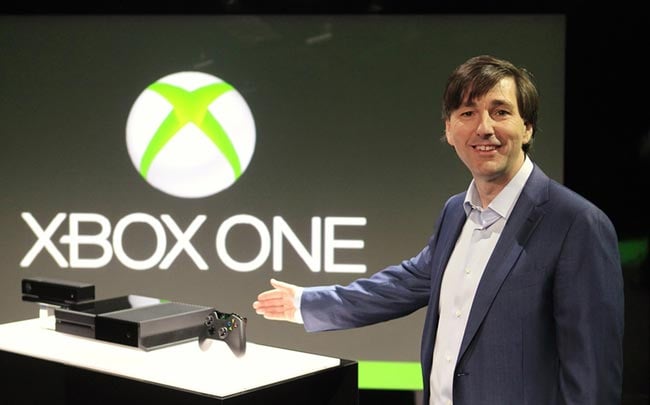 With Xbox One, games push the boundaries of realism, and TV obeys your commands.[1] Say “Xbox On” to launch your personalized Xbox One Home screen, discover what is popular on TV or see friends’ latest gaming achievements all using the most natural interface — your voice. The more you interact with Xbox One, the more it gets to know you and learns what you like.

Have a look at some of the main features of the Microsoft Xbox One below.

TV on Xbox One.[1] Navigate and watch live TV from your cable, telco or satellite set-top box through your Xbox One. Microsoft is committed to bringing live TV through various solutions to all the markets where Xbox One will be available.[3]

Home. Turn on your entertainment system with two powerful words, “Xbox On,” and a custom-tailored Home dashboard welcomes you with your favorite games, TV and entertainment.

Snap. Do two things at once on the biggest screen in your home. Use Snap to jump into a multiplayer battle while watching your favorite movie, talk with friends on Skype while watching live TV, or track your fantasy team on TV as you watch the big game and more.

Skype for Xbox One. Specially designed for Xbox One, talk with friends on your TV in stunning HD, or for the first time ever, hold group Skype calls on your TV.

Trending.[1] Stay on top of what is hot on TV by discovering the entertainment that is popular among your friends, and see what is trending within the Xbox community.

OneGuide.[1], [2] Find your favorite entertainment easily, searching by network or name, all with the sound of your voice and presented in a tailored program guide.

Microsoft have said that the Xbox One will launch later this year, we can expect to find more details about the console’s launch date at E3 next month, you can find out more information over at Microsoft.