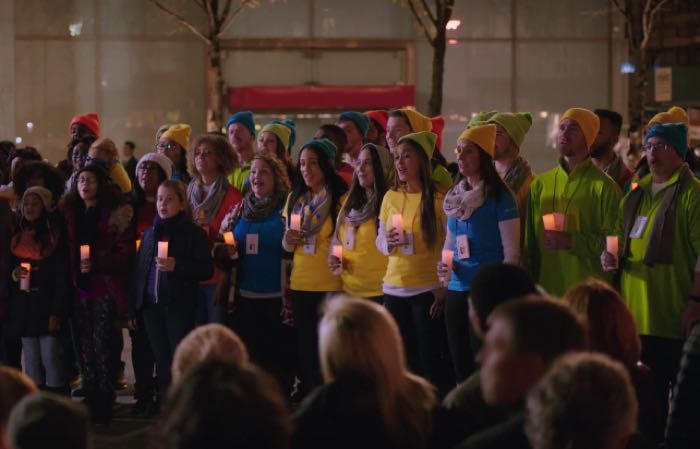 Apple’s holiday advert featured Stevie Wonder and now Microsoft has released their advert, where some of their employees made a visit to the Apple Store on 5th Avenue, New York.

In the video below we get to see Microsoft’s employees sing ‘Peace on Earth’ to some of the Apple store employees.

To celebrate the holidays, Microsoft employees, who were selected from across the country, gathered together, meeting each other for the first time, at the new Microsoft 5th Ave Store to spread some holiday wishes. Joined by a local NYC children’s youth choir, they share a message of peace and harmony with their neighbor down the street.

The advert was filmed on the 16th of November and it featured Microsoft employees from around the US, and it would appear that Microsoft got permission from Apple to film the advert outside their store.