Microsoft has announced today that they will be debuting their new DirectX 12 API during the Games Developers Conference (GDC) in San Francisco later this month. DirectX 12 is the latest version of the API that follows on from the release of the previous version DirectX 11 back in October 2009.

Microsoft has unveiled that they will be holding the event at 10am on March 20th during GDC, and Anuj Gosalia, Windows graphics development manager at Microsoft will present the new API. 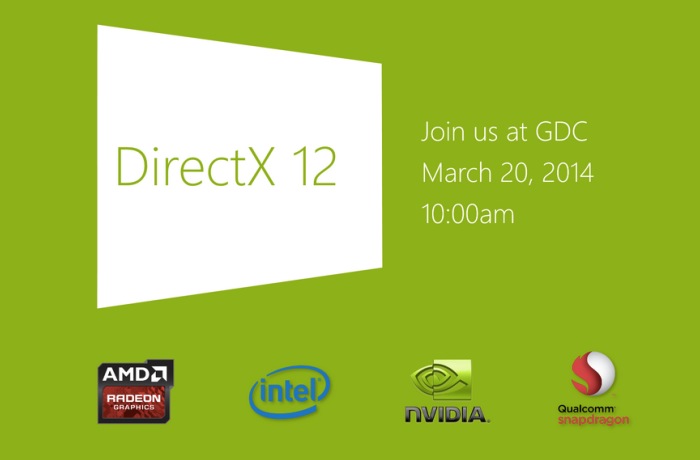 No other information has been released by Microsoft at the present time regarding specifications, however during the presentation Microsoft is expected to highlights its plans to deliver enhanced tools for developers, added performance, and support for an “unparalleled assortment of hardware,” with specific mention of PCs, tablets, phones, and consoles.

“The name DirectX was coined as shorthand term for all of these APIs (the X standing in for the particular API names) and soon became the name of the collection. When Microsoft later set out to develop a gaming console, the X was used as the basis of the name Xbox to indicate that the console was based on DirectX technology.”