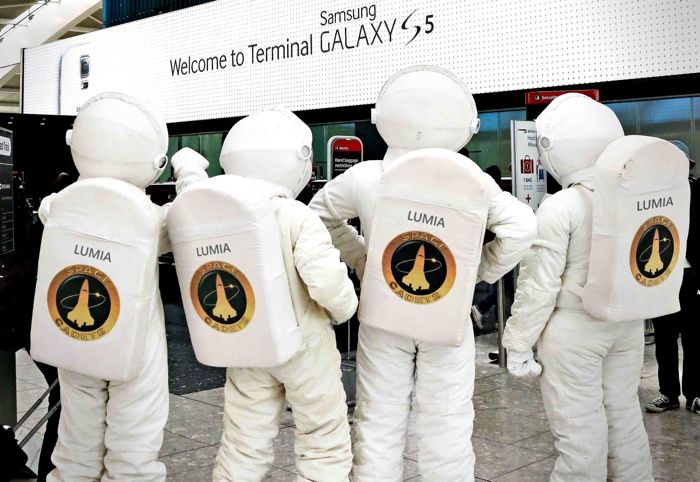 Samsung recently launched an advertising campaign at Terminal 5 at Heathrow, and around the terminal there are large signs saying ‘Welcome to Terminal galaxy S5’.

Microsoft Devices gathered the excited Luminauts early in the morning to head to the airport in their brand new space-buggy. With one small step out of the moon-lander and a leap through the doors of Terminal 5, the Lumianauts set out to find the gate that would shoot them out of the world’s gravitational atmosphere and into the Milky Way. 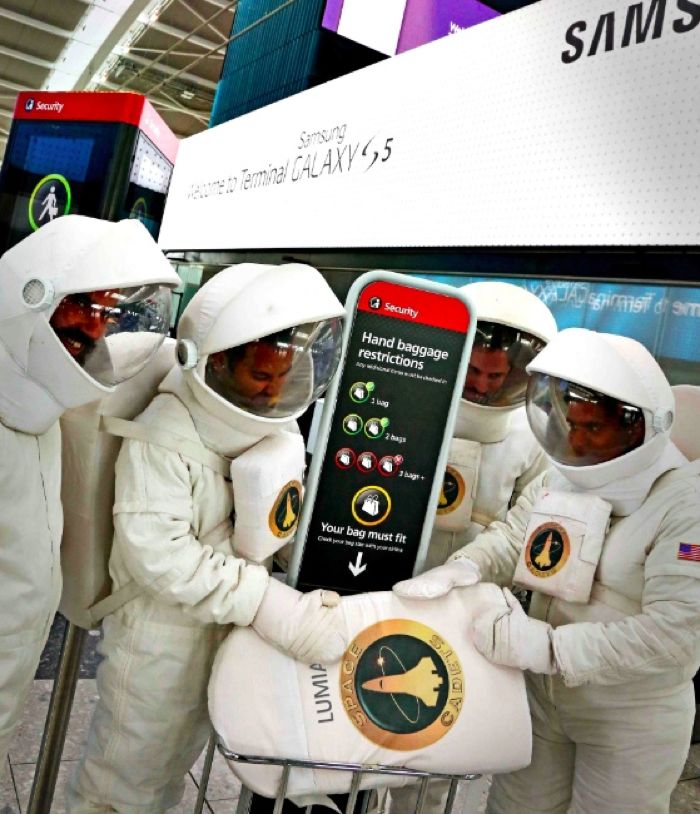 Once the brave Lumianauts stepped foot in to the brand new terminal, though, they quickly learned that there was no such thing as a flights to ‘the Galaxy’. Rather, the terminal had taken over by advertising for another mobile phone company. With constellation map in-hand they bowed their heads in disappointment and rang HQ, “Microsoft…we have a problem.”

We wonder if we will see more stunts like this from Microsoft as they try and promote their Lumia Windows Phone smartphones, you never know, it could help them sell more Windows Phone devices, although they have a bit of work to do to catch up with Samsung.