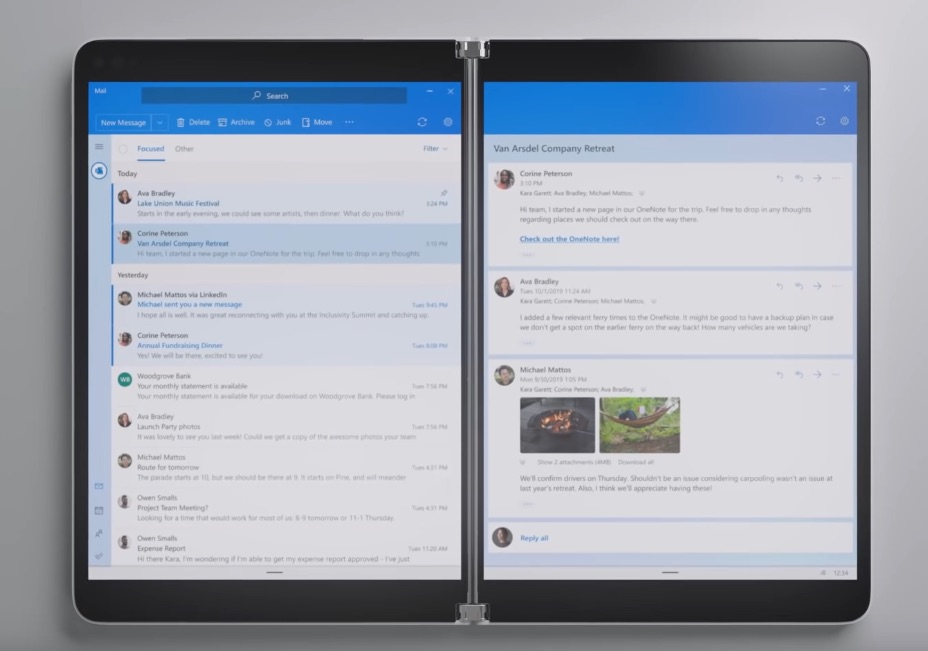 The device comes with tow 9 inch touchscreen displays that can fold 360 degrees and when folded out they create full size 13 inch display, the video below gives us a good look at the device.

Surface Neo is dual-screen device built for productivity on Windows 10X, an expression of Windows 10. A 360-degree full-friction hinge connects two 9” screens, enabling Surface Neo to adapt to whatever posture you need in the moment. When you open it you have a full-size 13” display in the thinnest LCD in its class. It’s built for productivity and multitasking like a true PC would be – running full productivity apps, with a removable keyboard and compatibility with Surface Pen and Bluetooth® mouse.

The full specifications on the Microsoft Surface Neo have not been revealed as yet you can find out more details about the device over at Microsoft at the link below.