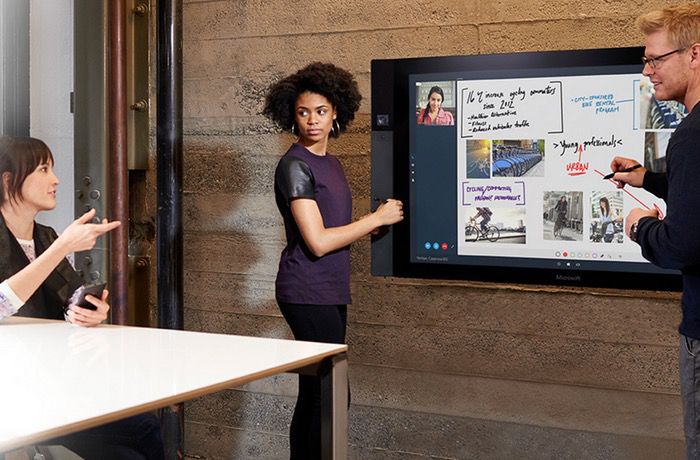 Last month Microsoft announced that the launch of their new highly anticipated Microsoft Surface Hub interactive wall mounted display had been delayed and would not be available to start shipping until September 2015.

Unfortunately Microsoft has now pushed the shipping date back once again and has now announced that the Microsoft Surface Hub will start shipping on January 1st 2016.

To re-cap Microsoft has designed the new huge walled mounted Surface Hub to replace the traditional white board and offer users with a way of both presenting ideas as well as collating information.

Microsoft Surface Hub reimagines the meeting experience so that you can unlock the power of the group. You can walk up and join a Skype for Business meeting with a single tap, and share content effortlessly, so that you spend your time connecting to people rather than technology. And since you can easily send meeting notes and content, you can communicate outcomes and action points.

For more information on the new Microsoft Surface Hub jump over to the Microsoft Hub website for details and the ability to pre-order.