Microsoft has launched a new version of its Windows Phone Dev Center, which is designed to make it easier for develop and manage their applications for Windows Phone devices.

According to Microsoft the new Windows Phone Dev Center is designed to make “Windows Phone app development faster and more profitable,”, and it has had a complete re-design from the ground up. 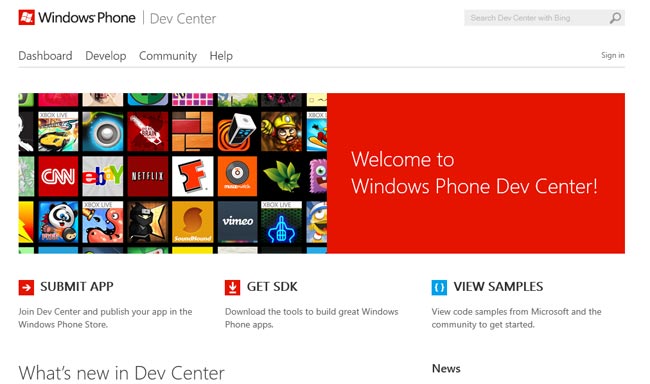 Microsoft are obviously looking to improve their developer tools before the launch of the next generation of their mobile OS, Windows Phone 8, which is expected within the next few months.