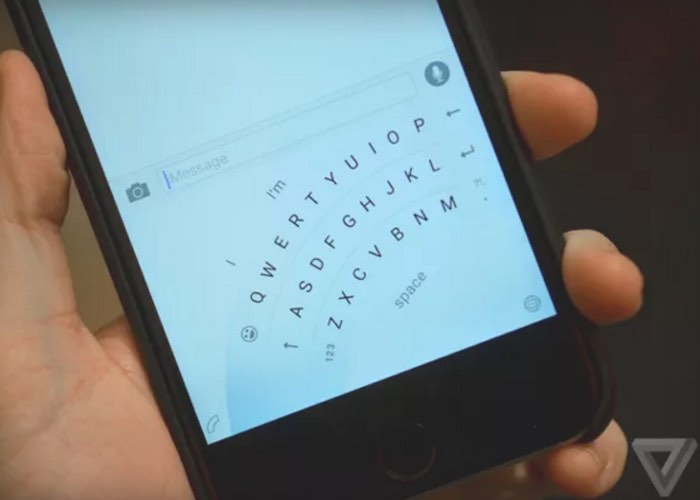 The first images have been released this week of the new Microsoft iPhone keyboard which is currently being tested internally and provides users with a few unique features when compared to other iOS keyboards currently on the market.

As you might have already seen Microsoft has already been using the keyboard on the Windows Phone devices and is now preparing to bring it over to Apple’s iOS platform and is expected to make it available for public testing very soon.

One unique feature of the new Microsoft iPhone keyboard is the ability to enable a one-handed mode which puts the keyboard corner of your choice. Allowing users with larger screens to be able to use the device using one hand if desired. apart from the one-handed feature the Word Flow for iOS is very similar to what Microsoft has installed on their Windows Phone.

Microsoft is expected to launch the Word Flow Keyboard on iOS in the next few months and is also currently developing an Android version which is expected to be launched before the end of the year. As soon as more details become available as and when the Microsoft iPhone keyboard will be available for public testing we will keep you updated as always.