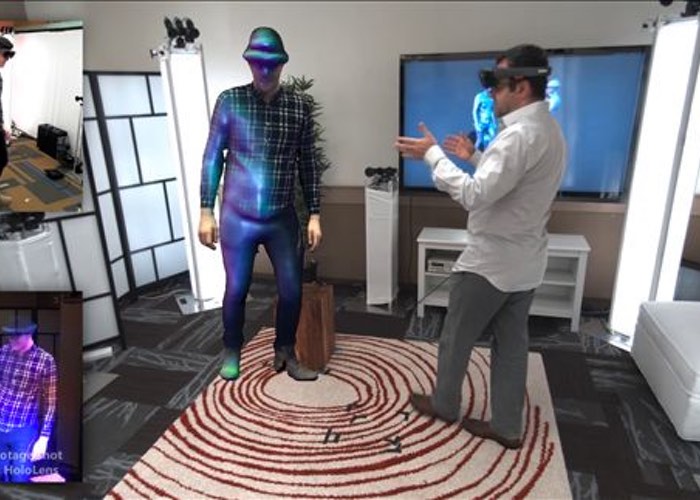 Microsoft has this week unveiled a new application that can be used with its Microsoft’s HoloLens augmented reality headset in the form of Holoportation. The Holoportation app requires a series of 3D cameras setup in the transmitting room and is capable of projecting a person’s image in front of another, also wearing the HoloLens headset. Offering a new futuristic look at what video conferencing may be like in the future.

Check out the demonstration video below to learn more about the Holoportation virtual teleportation system that is capable of projecting a person’s image to seem as though they are in the room next to you.

The Microsoft HoloLens augmented reality headset is now available to preorder for developers with a development kit costing $3,000. Although this price does not include the extra 3D cameras that are required to make the Holoportation application function.

Holoportation is a new type of 3D capture technology that allows high quality 3D models of people to be reconstructed, compressed, and transmitted anywhere in the world in real-time. When combined with mixed reality displays such as HoloLens, this technology allows users to see and interact with remote.

Unfortunately no information on pricing or worldwide availability has been released by Microsoft as yet for the new Holoportation application, but as soon as more details come to light we will keep you updated as always.