It looks like we may have some information on how much Microsoft charges hardware manufacturers for its Windows Phone licenses, the new comes from smartphone manufacturer ZTE, who recently unveiled a new Windows Phone, the ZTE Tania.

According to Trusted reviews, they were informed by Santiago Sierra, a Portfolio Manager for ZTE in the UK, that ZTE pays Microsoft between £15 and £20 for each Windows Phone smartphone, which works out at around $23 to $30. 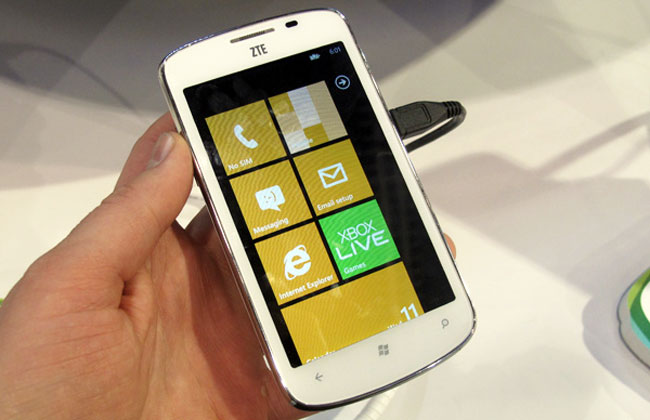 We had previoulsy heard that Windows Phone manufacturers were paying Microsoft around $10 to $15 for each Windows Phone device, and the new figures revealed are double that was previously rumored.

It isn’t clear as yet if Microsoft is charging this amount to each individual Windows Phone maker, or if they are charging different amounts to different manufacturers.

Microsoft is also making considerable revenues from Google’s Android OS, where the company has signed deals with over 70 percent of Android device makers on patents related to Android, and manufacturers are reporting to be paying Microsoft around $10 $15 for each Android device sold.