Microsoft has shown off a new augmented reality mirror, which the company calls the Holoflector, and it is basically a large translucent mirror which has an LCD panel about three feet behind the mirror.

The Holoflector is capable of displaying computer graphics on people and around them in real time, have a look at the video of it in action below. 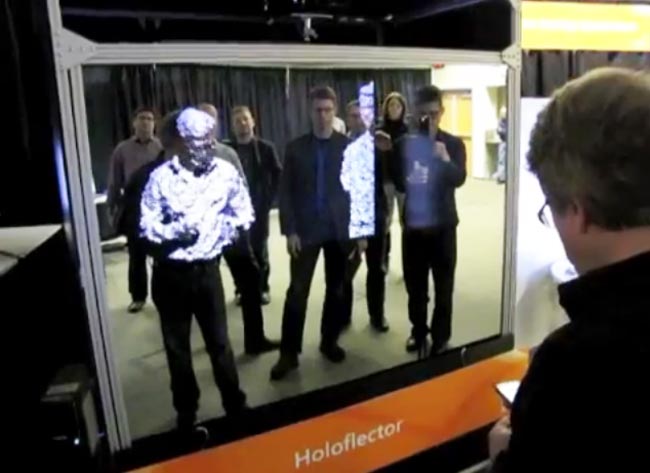 Microsoft has also released another video, which shows in more detail how the technology works, we have no idea what Microsoft intend to use it for but it does look interesting.