Earlier today Microsoft’s Cloud went down leaving its users without access for around 4 hours. The problem happened around 11:32 EDT according to emails received by the website Tech Crunch via their tips line. 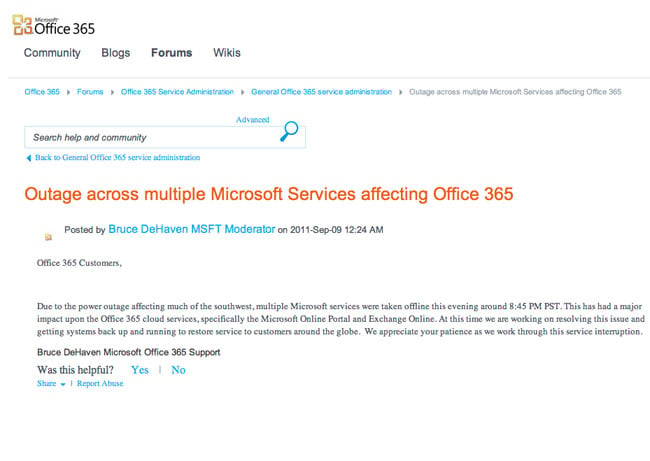 Microsoft hasn’t release official detail of what happened to their Cloud service but initial reports indicate a DNS issue. Microsoft Tweeted via their 365 Twitter account: “Preliminary root cause suggests a DNS issue,”.

The reason for the length of the outage was due to the fix needing to propagate through the DNS system, says Microsoft.