Microsoft has announced a new app for its next generation console, the Xbox One Friends app, which includes a new Xbox One friends system.

The new Xbox One friends system will automatically include all of your friends from your Xbox 360, and you can have up to 1,000 friends in the new system. 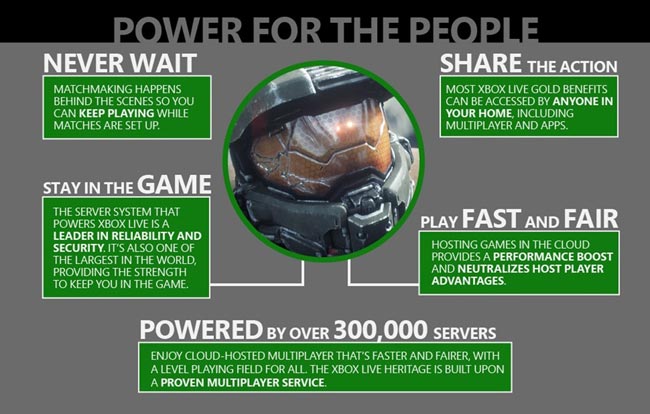 You can also connect with people on the Xbox One Friends app instantly and have an unlimited number of followers, and you will be able to see your Xbox One and Xbox 360 friends activity within your feed.

It looks like the new Friends app for the Xbox One took some ideas from social media, as you will be able to share games and entertainment with other gamers, your family and friends, and according to Microsoft you can also share stuff with celebrities and gaming personalities.

“A great driver in ‘Forza Motorsport 5,’ for example, could have a huge group of thousands or even millions of followers all tracking their performance in-game,” Rob Lehew, Xbox Live Program Manager,  said. “Those followers can have this driver on their personal leaderboard so that they can constantly keep track of how they stack-up, and they can potentially connect online with the driver to get into a race with him.”

You can find out more details about the new Xbox One Friends app over at the Xbox blog.