The new SSD gets its name from the 34nm SLC (single-level cell) NAND Flash and a high-grade controller its equipped with. Enabling it to deliver sequential read/write speeds of up to 3 GB/s. 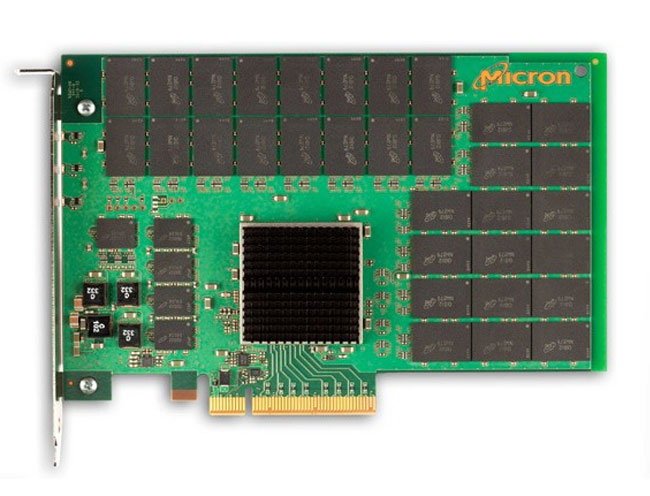 Together with a random read and write performance of up to 750,000 IOPS (input/output operations per second) and 341,000 IOPS, respectively. Its equipped with aPCIe x8 interface and has a MTBF of 2 million hours.

The new Micron RealSSD P320h card will be available in 350GB and 700GB capacities and shipping is expected to start during the third quarter of 2011.