New startup company Meta is hoping to revolutionise the augmented reality market with a new device its has developed with the help of Epson, which is equipped with dual eye displays and two hand 3D tracking.

Currently the new Meta Meta Augmented Reality system is in its development stage and is only a prototype at the moment, but created using an Epson Moverio BT-100 wearable display, with a low-latency 3D camera mounted on top. Watch the video after the jump to see it in action. 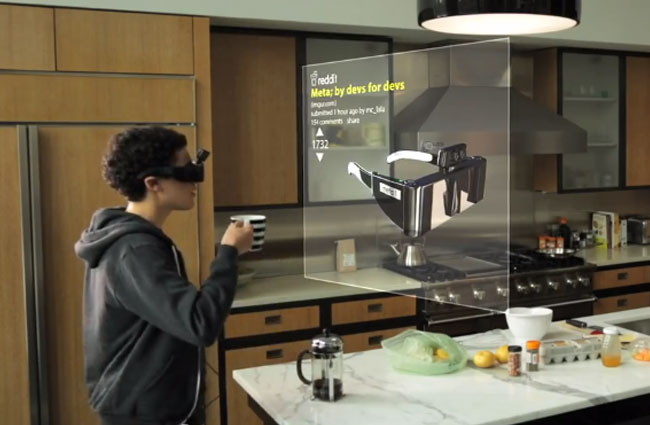 Meta was founded by Meron Gribetz in December 2012, aided by Professor Steven Feiner, who has claim to many world firsts within augmented reality technology.

“meta presents the world’s first developer kit and platform for augmented reality; users will have direct gestural control of 3D virtual objects attached to their real environment. A  game-changing two part wearable computer allows users to play with virtual objects in  3D space using nature’s perfect controllers – their hands. This truly unique product has to  be worn to be believed, so meta put the device on the heads of an Emmy® award  winning team, and a number of top-notch UI engineers and they produced a series of  promotional materials”

Unfortunately no information on pricing or worldwide availability has been released as yet Meta, but as soon as information comes to light we will keep you updated as always. 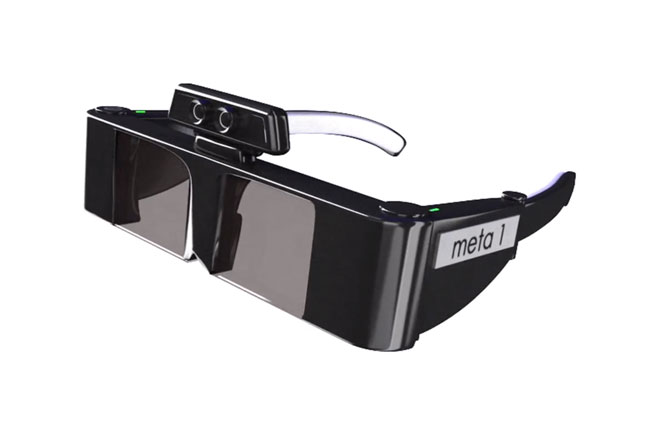 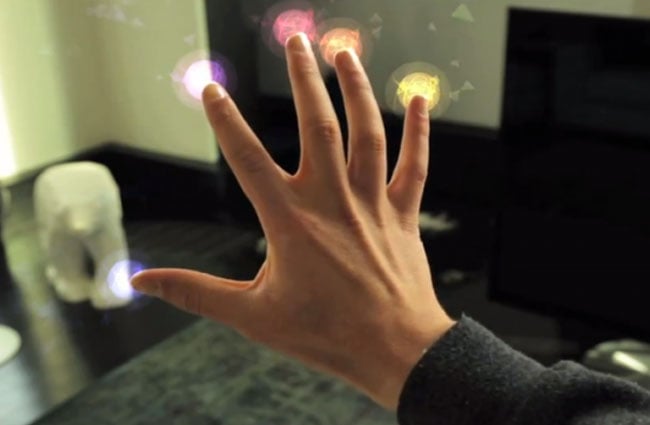