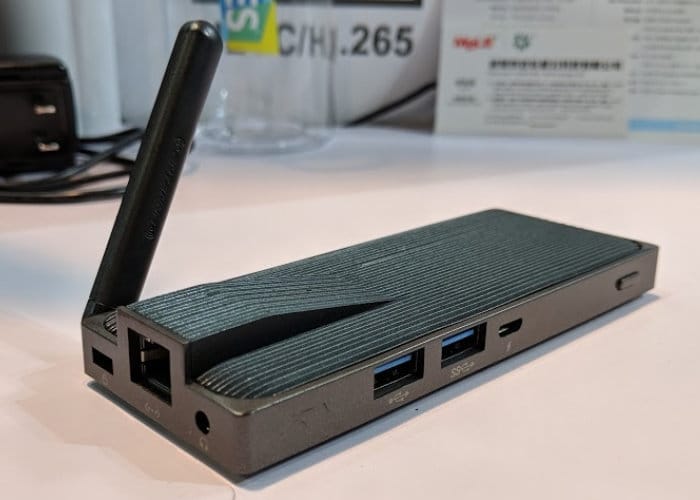 Adding to the ever growing list of mini PC systems that have been showcased at this year’s CES 2018 technology show, currently taking place in Las Vegas. Mele has unveiled the new PCHD26APL3 mini PC Stick, that can be powered by a selection of dual-core or quad-core Intel Apollo Lake processors. Options that will be available include the choice between : Intel Celeron N3350 dual-core, Intel Celeron N3450 quad-core and Intel Pentium N4200 quad-core depending on your budget and application.

Even though the pocket size mini PC is only slightly larger than a USB flash drive Mele has equipped the PC Stick with a handy Gigabit Ethernet connection at one end and the obligatory HDMI connection at the other. The pocket PC is capable of running either Microsoft’s latest Windows 10 operating system or Ubuntu Linux the mini PC is also equipped with two full-sized USB 3.0 ports, and will be available with either 2GB, 4GB, or 6GB of RAM installed.

Mele has also included 32GB of eMMC storage and connectivity via both Bluetooth and support for dual band wireless connections. The mini PC is also capable of 4K Ultra HD video playback at 30 frames per second thanks to the included HDMI 1.4b port.

Unfortunately, no information on pricing or worldwide availability has been released as yet by Mele, but as soon as information comes to light, we will keep you updated as always.