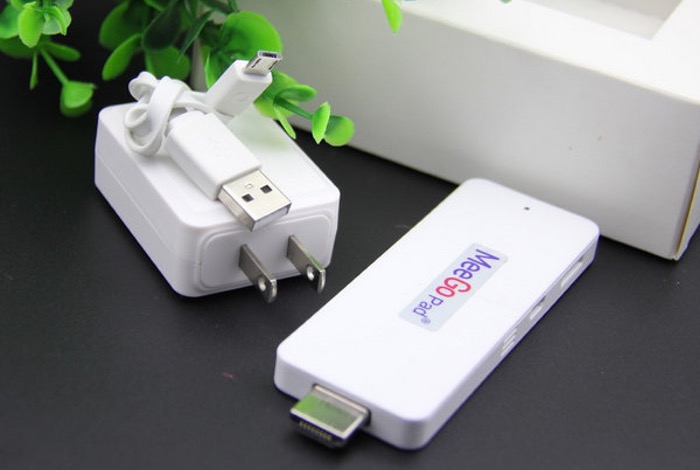 If you have been waiting for the MeegoPad T01 Windows mini PC stick to be made available worldwide after first being launched in China during October of this year. You will be pleased to learn that the mini PC capable of running Windows 8.1 is now available in the US priced at $100.

The MeegoPad T01 is a small HDMI stick sized mini PC that is equipped with 16GB of storage for $99 or 32GB or for $110, and is powered by an Intel Atom Z3735F quad-core Bay Trail processor supported by 2GB of RAM.

Other features of the MeegoPad T01 include a microSD card slot allowing storage to be expanded to 64GB if desired together with 802.11b/g/n WiFi and Bluetooth 4.0 connectivity. On one end of the Windows mini PC stick is a HDMI connection and on the other a USB 2.0 port.

The MeegoPad T01 measures 11 x 3.9 x 1 cm in size and weighs 50g and is also equipped with two micro USB ports. Unfortunately the manufacture of the device has not made it clear if the hardware comes pre-loaded with Android 4.4 or Windows 8.1, but it unlikely to be sporting a Windows 8.1 license for the $99 price tag.