Android is a great open source operating system and the ability to boot a second open-source OS on Android devices has lead to the Linux-based Maemo 5 successor, MeeGo being enabled on a Nexus One mobile phone. 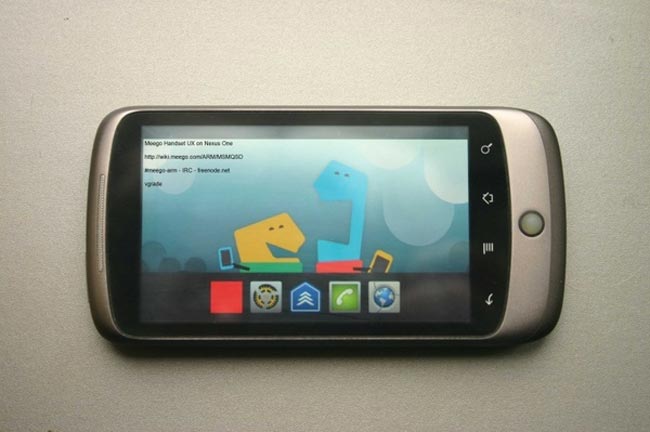 The Meego is a light weight Linux OS designed for netbooks and the like but the Meego source code for the smartphone version of the OS was released a few months back. Allowing hackers to investigate the code and boot the OS on a number of devices, and now the Nexus One.

The current reports are a little unclear exactly how functional the OS is, and its development is suffering from issues with driver cross-compatibility with one problem being the closed-source nature of Qualcomm 3D drivers, preventing hardware acceleration of the user interface and resulting in painfully slow response times.

However it is thought that as the OS develops it wont be too long before you see Meego powered smart phones with dual boot functionality. Have a look and our article on Android vs iPhone to see which smartphone and mobile platform is best for you.

Via MAKE Via Mobiputing