Here is another fun geeky t-shirt that would make a great addition to any geeks wardrobe, the Medieval Robot T-Shirt. 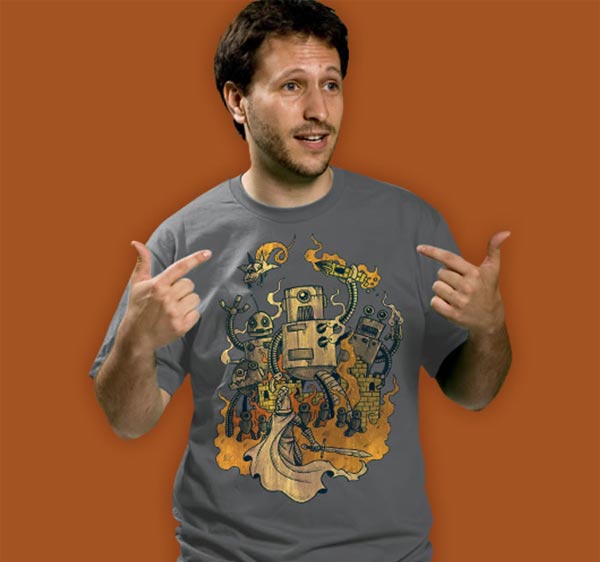 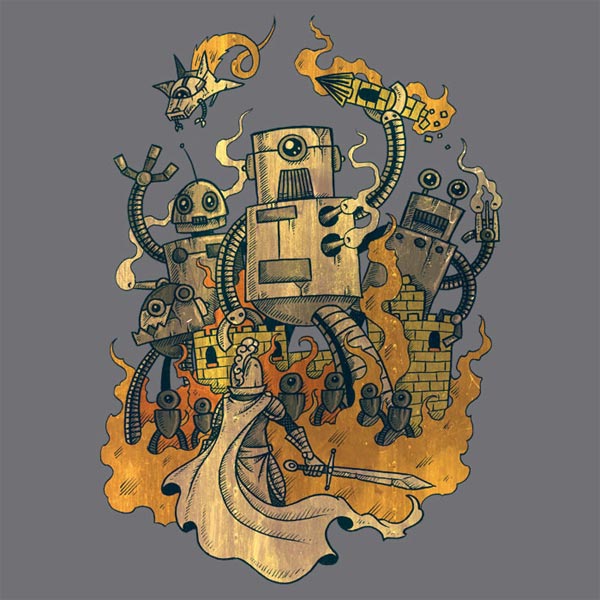 Dirk The Daring didn’t know what those gargantuan walking weapons were or if he had done something terrible to anger the gods. All he knew was to act fast and save his castle from becoming a forgotten ruin where medieval teenagers hang out and smoke.

If you want one, the Medieval Robot T-Shirt is available to pre-order for $22 from Made with Awesome.