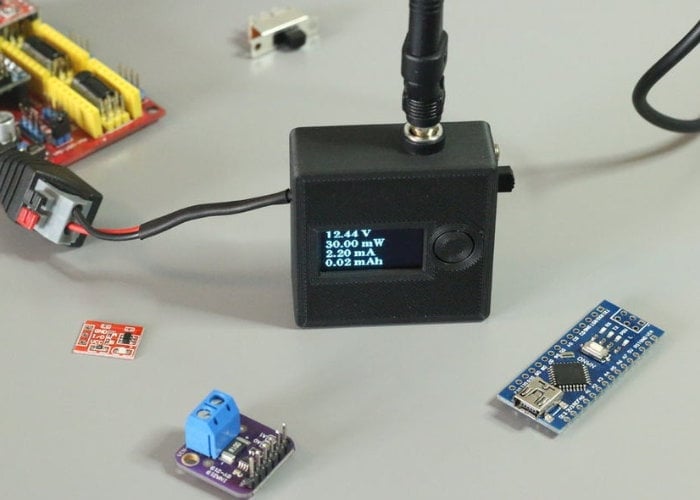 Makers, developers and hobbyists looking for a way to measure both voltage and current simultaneously may be interested in a new Arduino project published to the official Arduino blog, featuring Karl Kristian Torp’s palm-sized Tiny V/A.

The Arduino Nano based project takes input from the power supply via a female barrel jack connector. This supplies the load through a male connector output, and also powers the Arduino, an IN219 sensor, and a 0.96” OLED display.

“There is nothing new about the INA219 high side current sensor. There are plenty of good projects out there that utilizes its ability to measure both current and voltage on a load. I originally got inspired by youtuber Julian Ilett and his “10 Minute Arduino Project – INA219 Current Sensor” video. But I wanted a compact meter with a simpel interface and a 3D printed case – so I decided to make that myself.”

“A single capacitive touch buttons allows you to easily navigate Tiny V/A’s menu and change settings like sensor range and refresh rate. Additionally, it can even powered over USB as needed for an expanded voltage range.”