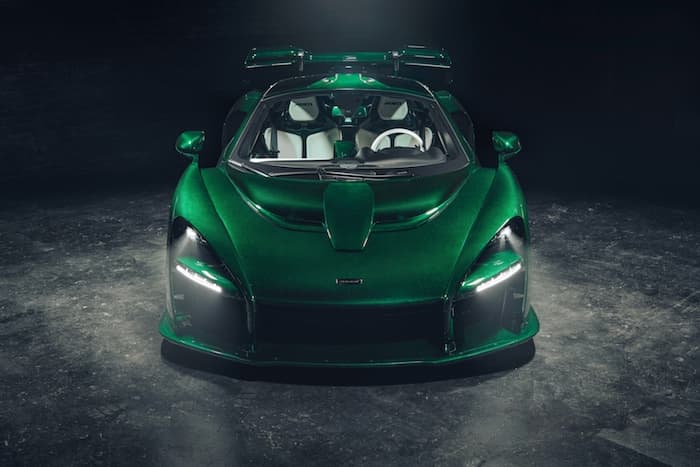 McLaren has revealed some more information about their track only McLaren Senna GTR and the car will get a number of upgrades for the track.

The development prototypes that begin testing this month will initially use modified Senna road car bodywork. The final Senna GTR shape – shown in simple form in a new design sketch – will be based around a chassis with wider track front and rear and centre-lock wheels. The carbon fibre body has new, wider fenders, a larger front splitter and rear diffuser and repositioned active rear wing; these last two elements combining to improve aero-efficiency by ‘coupling’ the wing to the airflow from the diffuser, enabling greater – and more accessible – downforce at lower speeds. Optimised aerodynamic performance in yaw improves cornering stability, while reduction in pitch sensitivity leads to even greater braking stability.

The lightweight but incredibly strong carbon fibre McLaren Monocage at the heart of each McLaren Senna GTR epitomises McLaren’s approach to weight reduction, a philosophy which is taken even further with the new GTR. A pared-back interior sees all airbags removed, as well as the infotainment central screen and folding driver display found in the road car, while a new, race-style steering wheel with integrated gearshift controls replaces the road-legal component. Air-conditioning is an exception to the rule of absolute minimalism – remaining standard-fit – and a radar-assisted, rear collision avoidance system is also standard.

You can find out more details about the track only version of the McLaren Senna over at McLaren at the link below.