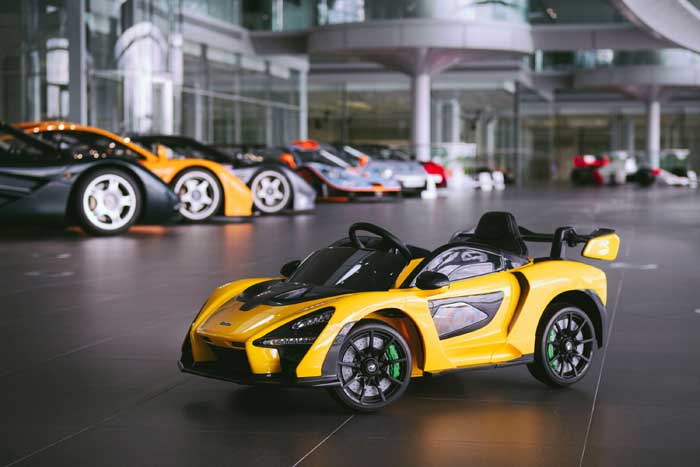 McLaren has built a new electrified version of its Senna hypercar that is downright affordable. It’s available now for $582 in the North American market. It’s a significantly scaled-down electric ride-on toy aimed kids. McLaren says that it has working the Hydro doors, a feature the automaker has made famous.

Other forking features include operating brakes with brake light elements, and infotainment system, and realistic McLaren Senna engine sounds. The toy will be offered in six deliveries, including one with yellow and green accents exclusively sold through the official Maclaren retailer network.

The other colors are authentic McLaren cues, including black, white, Mira orange, Vega blue, and Memphis red. The toy is aimed at kids between three and six years old and follows the 720S right on from last year. The integrated infotainment system can actually play music from a USB device or SD card. Some versions will be available in Walmart locations.