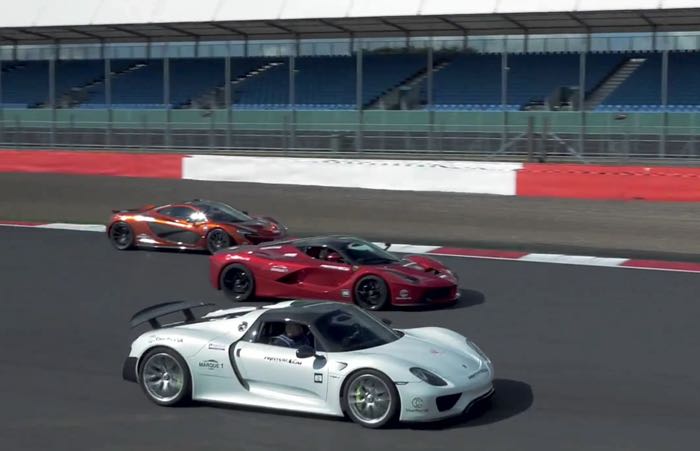 Three of the world’s top supercars have gone head to head on the track at Silverstone, the McLaren P1, the Ferrari LaFerrari and the Porsche S918 Spyder.

The three supercars are owned bu British business man Paul Bailey and in the video below, the McLaren P1, Ferrari La Ferrari and Porsche 918 Spyder are all driven round the track to see which is the fastest.

From the video we can see there is very little in it between the three cars, The McLaren P1 managed it it 58.24 seconds, the Ferrari LaFerrari 58.47 seconds and the Porsche 918 Spyder in 58.58 seconds.

The three supercars were driven around the 1.64 mile track by British Touring car driver Matt Jackson. There will be two more videos in the series, the next one will a quarter mile race at Santa Pod.