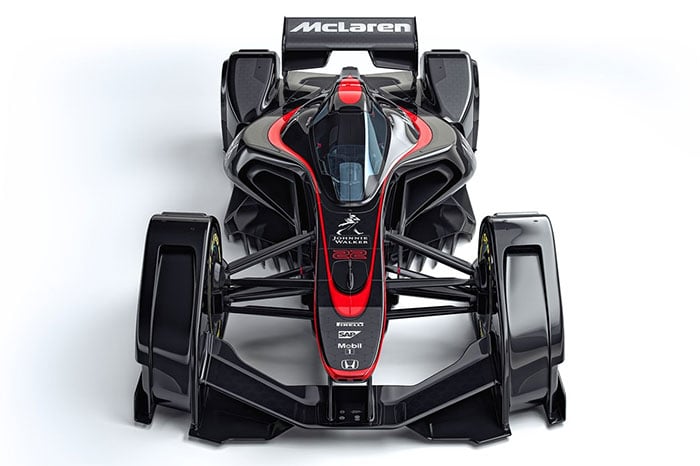 McLaren has unveiled a racing car concept called the MP4-X that has some very cool features. While some of those features like the mind control and chassis that can recapture its original shape after an impact are a long way off, other features aren’t.

One key feature in the concept is a canopy over the cockpit, which is something that many drivers want to see in open-cockpit racing after tragic accidents that claimed the lives of some drivers in open-cockpit racing. The idea behind the mind-controlled aspects of the car is to allow the driver to control certain systems using their mind.

As farfetched as that sounds, cognitive human-machine interfaces are real and used in products on the market already. The concept also has an Active Flow Control system that can turn off the car’s aero on the straights and turn it back on for cornering giving grip in the corners and higher top speeds. This particular tool is currently banned under F1 rules. Other concept features include a HUD and a racing suit that can tell responders how the driver is doing after a crash thanks to sensors embedded in the fabric.