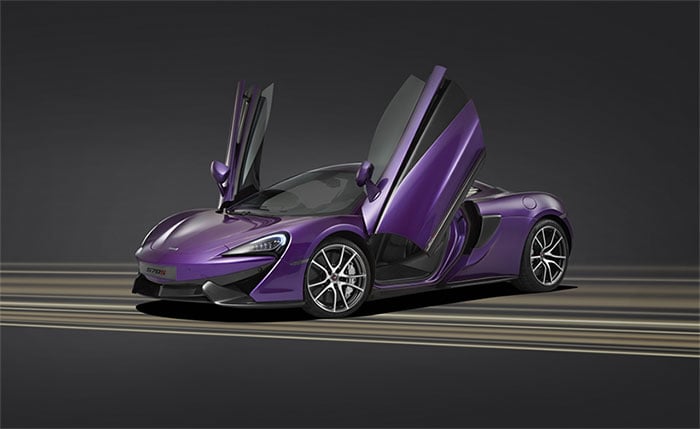 The Pebble Beach Concours d’Elegance is held each year and to call this a car show is somehow not a fancy enough term, despite the fact that a car show is exactly what Pebble Beach is. This isn’t the type of show with questionably kitted out cars that someone modified in their own garage. Pebble Beach is where the most exclusive and exotic of cars come out to be seen.

McLaren will be on hand at Pebble Beach later this month and it will be bringing several cars. One of the McLaren cars is the one of a kind 570S you see here clad in purple. McLaren calls the paint color Mauvine Blue and inside the car has carbon black leather with Mauvine blue accents. I wouldn’t choose purple for my 570S.

Another customized 570S in Ventura Orange will be on hand showing off the styling details available from the MSO Defined range. McLaren will also have one of the 500 limited edition 675LTs at the show and one of the even rarer 650S Le Mans cars on hand. Only 50 examples of the Le Mans car are made and they are all sold already.