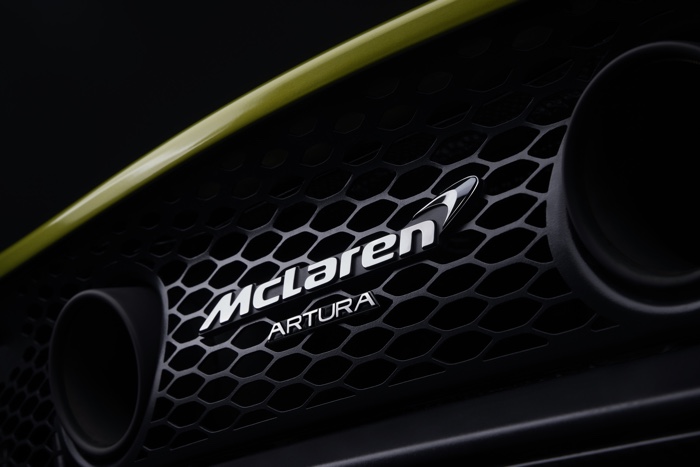 McLaren has revealed that their next hybrid supercar will be called the McLaren Atura and the car will launch in 2021.

According to McLaren the new McLaren Atura will be a High Performanc Hybrid (HPH) and it will launch in the first half of 2021.

All-new in every respect, the Artura marks the beginning of a new era for the pioneering British company. Building on the expertise in electrification first showcased in the McLaren P1TM hybrid hypercar unveiled in 2012 and more recently the Speedtail Hyper-GT, which entered production this year as McLaren’s fastest ever car with a top speed of 403km/h (250mph), the Artura is McLaren’s first High-Performance Hybrid series production supercar.

“Every element of the Artura is all-new – from the platform architecture and every part of the High-Performance Hybrid powertrain, to the exterior body, interior and cutting-edge driver interface – but it draws on decades of McLaren experience in pioneering super-lightweight race and road car technologies to bring all of our expertise in electrification to the supercar class.”
Mike Flewitt, Chief Executive Officer, McLaren Automotive

You can find out more information about the new McLaren Atura hybrid supercar over at McLaren at the link below.