You might now know the McIntosh name unless you are an audiophile. McIntosh makes some really high-end amps for music lovers that have the funds to afford the best. The power amps sell for thousands of dollars. All you need to know to get an idea of how expensive this gear is would be a glimpse at the price of a wall clock from the company. 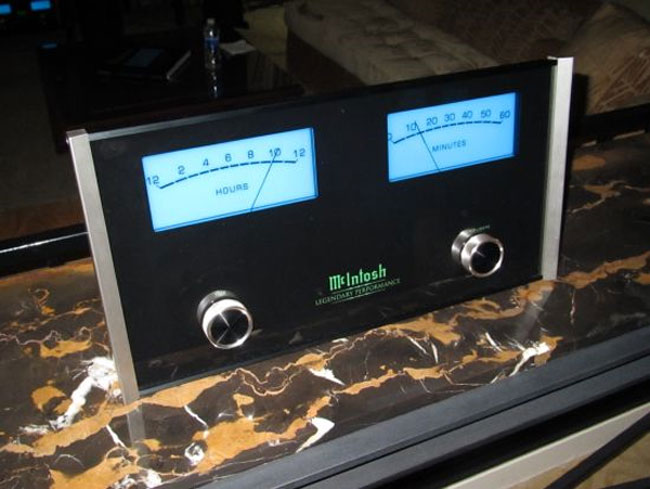 The wall clock sells for $2000. It’s cool all right, but $2000 cool? I think not. The clock is the faceplate from one of the firms amps but instead of the analog gages showing the watts being pumped to your speakers the left is for hours and the right is for minutes.

The clock is called the MCLK12. The thing is very expensive, that is for sure. The retro looks of the McIntosh line have basically the same since the 60’s. I’d be nervous to put this thing on the wall at my place, could just see $2000 worth of clock hit the floor.