To celebrate their 50th anniversary McIntosh has launched a special anniversary edition tube power amplifier in the form of the new MC275.The new golden anniversary Limited edition McIntosh MC275 tube amplifier is similar in design to the original MC275, first released by McIntosh bank in 1961.

Even though the styling and design may look similar to the 1961 version, and even use the same tube circuitry as the original. The technology inside the tube power amplifier is most definitely 21st-century. 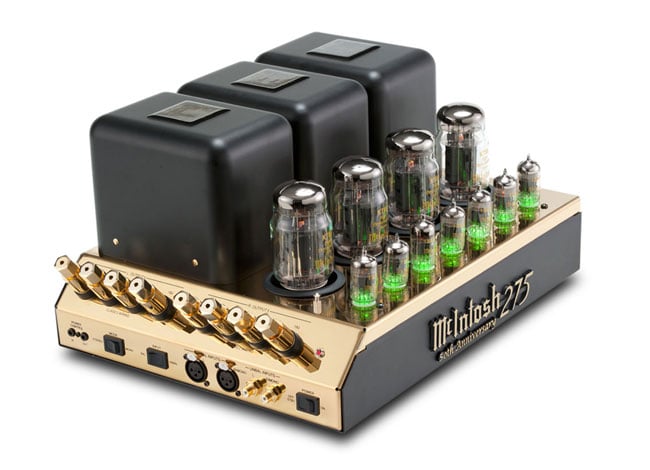 However McIntosh are keen to stress that none of the modern performance related technology enhancements will adversely affect this smooth and clean sonic characteristics which the original McIntosh MC275 tube amplifier is famous for.

“The 50th Anniversary Limited Edition McIntosh MC275 tube power amplifier combines modern convenience and performance enhancements without altering the sound character that has made it famous for the past 50 years. A very limited quantity of the special 50th Anniversary Limited Edition McIntoshMC275 has been created for only the most discerning of audio connoisseurs. Individuals who are fortunate enough to own this timeless amplifier are certainly amongst the most sophisticated audio enthusiasts globally.” 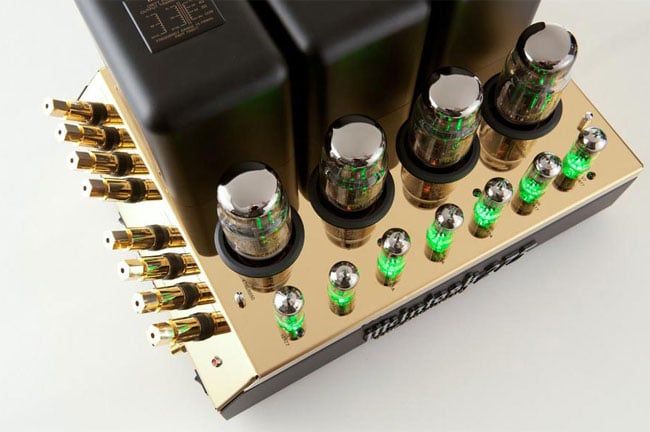