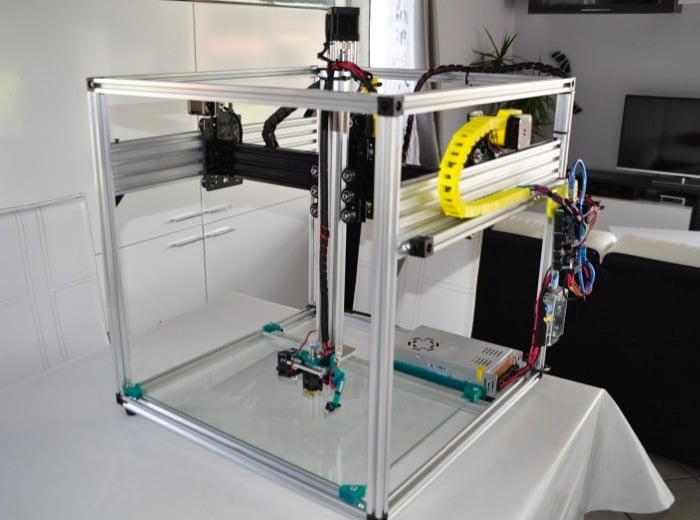 Makes, developers and inventors looking to build larger 3D prints might be interested in a new 3D printer called the Maximus XL which has launched over on the Indiegogo crowd funding website this week and is capable of printing objects to a size of 430 x 330 x 250 mm.

The Maximus XL 3D printer measures 500mm square and is built using a Rambo Board and Nema 17 steppers motors and is capable of printing both ABS and PLA filaments supporting Nylon, ABS , PLA , Laywood to name a few and is equipped with an auto level function.

The hardware for the Maximus XL 3D printer is all open source and all files, instructions, sketches etc will be freely available for everyone who want to make their own 3D printer or repair anything they might go wrong. Watch the video below to learn more about the Maximus XL printer and see it in action.

The Maximus XL 3D printer project is currently over on the Indiegogo crowd funding website looking to raise €20,000 in pledges to make the jump from concept to production and is supplied in kit form induing everything got ned to make your own from Electronics, aluminium extrusion frame, hotend, printed parts, motors, wiring, and power supply.