Last night the first showing of the new Max Payne 3 game commercial was shown during the Lakers v. Spurs game on ESPN. But don’t worry if you missed it, as its now available here to watch, and provides a good glimpse at what you can expect from the game when it officially launches on May 15th. 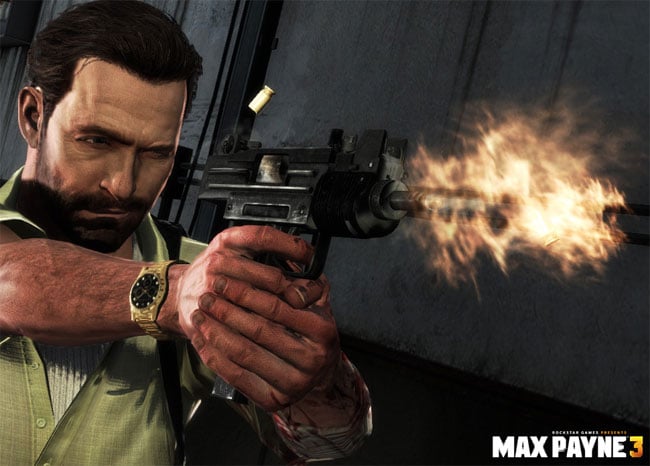 The new Max Payne 3 game sees the return of “bullet time” which made the series debut back in 2001 so different at the time compared to other shooters, and have now become synonymous with the Max Payne series of games.

The third in the series allows you to take control of Max as he battles to uncover the truth behind the kidnapping of his wife and returning her to safety. Rockstar also create a great video detailing the new bullet time effects in Max Payne 3 which you can view here.