Ever wondered what a water balloon fight looks like with 1,500 people taking part? Well how about watching it in super slow-mo. The ‘slowmoguys’ over on YouTube, namely Gav and Dan started a water balloon fight with over a thousand people and film it at 2500fps, check put the results after the jump. 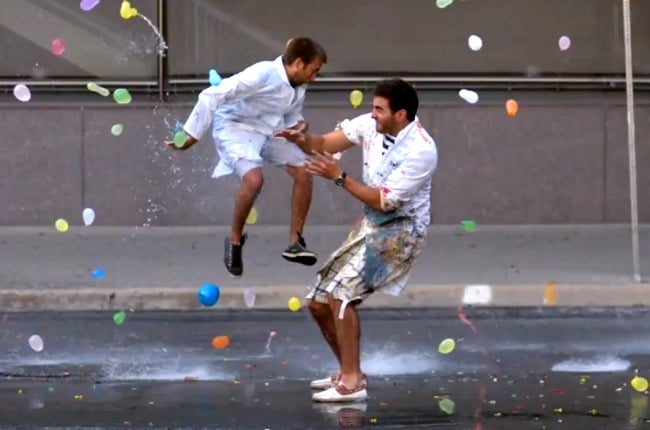 The water balloon fight was captured on a Phantom Flex camera and Unfortunately it doesn’t end well for the slow-mo guys. You can check out other amazing slow-motion footage over on their YouTube page. Such as the firing of a gun under water which I have pasted below for your entertainment.