Mass Effect fans looking forward to the launch of the new Mass Effect 3 and own an iPad or iOS device might be pleased to know that the iOS companion app for Mass Effect 3 is now available in the iTunes App Store.

By playing Mass Effect Infiltrator and gathering Cerberus intel and rescuing prisoners in the iOS game, you will alter your Galactic Readiness Rating within the Mass Effect 3 game. 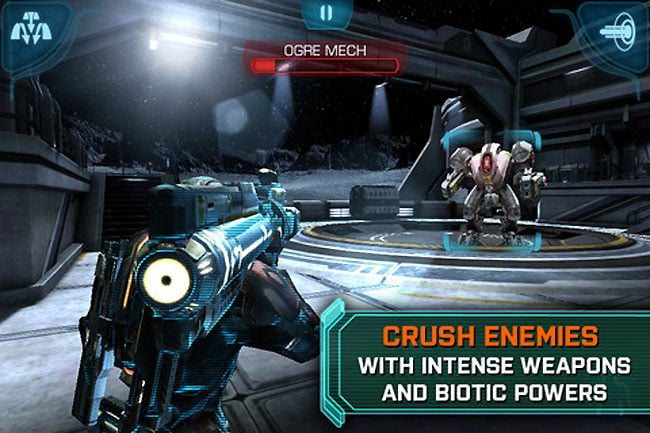 The new Mass Effect Infiltrator game allows you to play a rogue Cerberus agent, procuring aliens for illicit experiments at a secret facility. But when the facility Director goes too far you fight back and vow to bring Cerberus down.

Within the game you are alb to harness the fury of high-tech armour, weapons, biotic powers, stealth cloak abilities and devastating melee attacks. Mass Effect Infiltrator has been created by the team of developers that brought you the acclaimed iOS Dead Space game.

Mass Effect Infiltrator is now available to purchase from the iTunes App Store for $6.99 Enjoy!