Madcatz have nuveiled a new limited edition Marvel vs Capcom fight stick ready for Capcom’s upcoming fighting game Marvel vs Capcom 3. The MvC3 FightStick will be packaged in a collector’s edition box with a limited production run of just 5000 units, each being individually numbered and ready to start shipping alongside the game on February 15th 2011.

The limited edition fight stick is based on the FightStick released for Street Fighter IV and will feature Sanwa parts to recreate the authentic arcade feel. The fight stick will also come with professionally illustrated artwork of the games characters including Ryu, Wolverine, Captain America, and others. 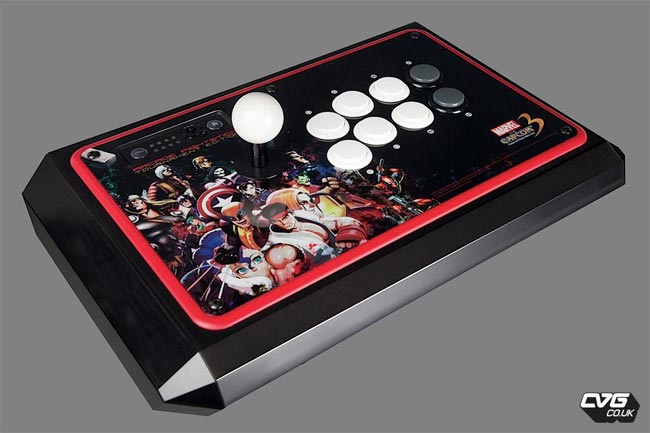 Unfortunately no information on pricing has been released as yet, but as soon as it becomes available we will let you know.

Via Device Mag Via CVG