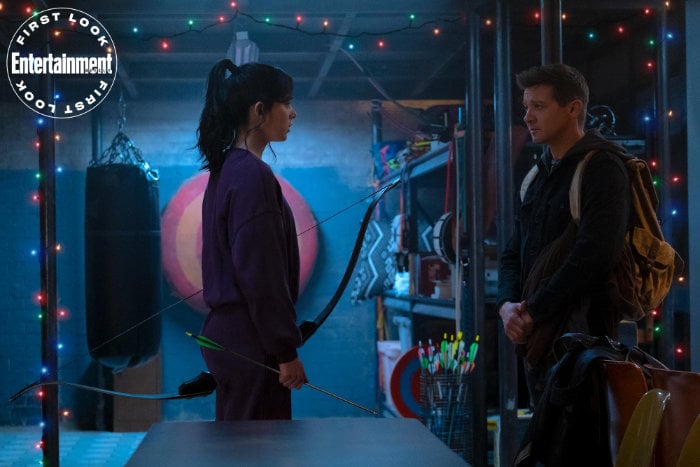 Disney have confirmed that the new Marvel Hawkeye TV series will be premiering on the Disney+ streaming service from November 24th 2021 onwards. In an interview with Jeremy Renner on the Entertainment website he explains a little more about what you can expect from the storyline and characters. Hawkeye (Clinton Francis Barton) first appeared in the Marvel Comics created by writer Stan Lee and artist Don Heck, the character first appeared as a villain in Tales of Suspense #57 released in September 1964 and later joined the Avengers in The Avengers #16 published in May 1965.

Unfortunately no teaser trailer has been released as yet for the Marvel Hawkeye TV series but as soon as one is published by Disney we will keep you updated.

“[Kate is] a 22-year-old kid and she’s a big Hawkeye fan,” Renner tells EW. “She has a wonderfully annoying and equally charming manner about her, because she’s such a fangirl of Hawkeye. The relationship grows from that, but the biggest problem for Clint is Kate Bishop and the onslaught of problems that she brings into his life.”

“Just as Clint mentors Kate in superheroics, so too did Renner take it upon himself to welcome Steinfeld into the real-life world of MCU filmmaking. – “That was always my role. Outside of acting in the thing, I was protecting her and giving her the CliffsNotes on how it goes with this kind of filmmaking: Green screen, superhero life, all that stuff,” Renner says. “I just wanted to protect her, because there’s a lot of physical stuff. She’s a wonderful actress, a wonderful human, and I can’t wait to see all the cool stuff that she’s able to do.”

Marvel is also developing a What If…? an upcoming animated anthology series created by A.C. Bradley for the service Disney+, streaming based on the Marvel Comics series of the same name. With a storyline that explores what would happen if major moments from the films of the Marvel Cinematic Universe (MCU) occurred differently. The series is produced by Marvel Studios, their first animated series since becoming their own production company. Bradley serves as head writer of the series, with Bryan Andrews directing.