Mark Zuckerberg has joined the likes of Steve Jobs, Mel Gibson, Sting and Stephen Hawking (to name a few) by appearing on The Simpsons.

The founder and CEO of Facebook had a cameo which was broadcast during Sunday night’s episode in America. 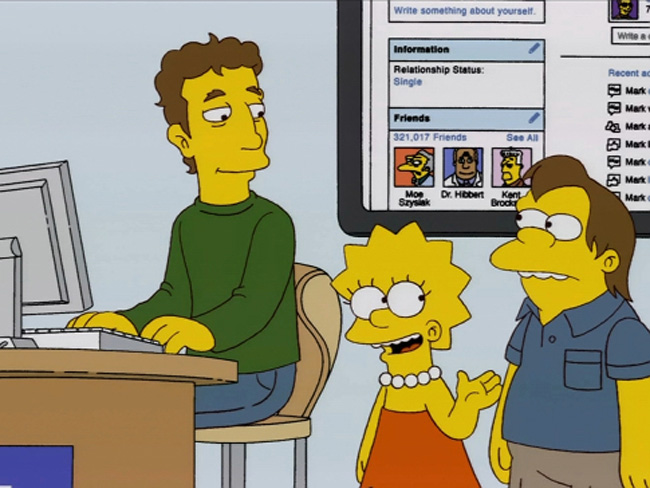 Mark plays an exhibitor at an entrepreneur’s convention, he befriends Lisa Simpson as she attempts to convince local bully Nelson Muntz to stay in school.

“Mark Zuckerberg is happy to meet new friends,” he writes as Lisa introduces herself.

While Lisa tries to use him as an example to convince Nelson of the benefits of education, Zuckerberg reveals he dropped out of Harvard — in 2004 while making his fortune with his social networking site — to which Nelson exclaims: “Better earnin’ than learnin’!”